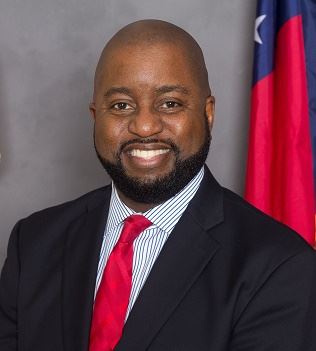 Steven B. Kendrick was born and raised in Augusta, Georgia and was educated in the Richmond County Public School System.  He later attended Florida A & M University (FAMU) on an academic scholarship and graduated Magna Cum Laude with a Bachelor of Science in Business Administration.  He continued his education at FAMU by completing his Masters Degree in Business Administration. Formerly, Commissioner Kendrick served as a salesperson in the pharmaceutical industry and as Vice President of the family business, Augusta Blueprint.  He also served as a part time professor of Business for Paine College, Augusta University and the University of Phoenix.

On January 2, 2009, Mr. Kendrick was sworn in as the first African-American elected Tax Commissioner in Richmond County.  His new ideas and attitude have changed the way the Tax Commissioner’s Office (TCO) operates.   Online payment of taxes, Saturday tag office service, and acceptance of credit cards for payment are just a few of the innovations that were implemented during his first term.  In January 2013 and 2017, he was sworn in for the second and third time after running unopposed.  In 2014, the Tax Commissioner’s Office moved into three “state-of-the-art” facilities that demonstrate his continued commitment to continuous improvement and customer service. The new locations included drive-in windows, lobby management technology, payment processing technology and equipment, and self-service kiosks for motor vehicle tag payments.

Commissioner Kendrick and his staff volunteer and support many organizations and events including the Grandparents Program at Augusta University, Arts in the Heart of Augusta, and their very own, TCO Christmas Blessings, where they have given away holiday gifts to families in need.